Patients who are first diagnosed with multiple sclerosis are generally between the ages of 20 and 40 years. The disease course varies greatly. The following are the basic forms of disease course:

Accurate and individual prognoses of the disease course are difficult to impossible. However, there are some factors which may indicate a favorable course:

In general, researchers say that about one-third of all MS patients are not affected by any major disabilities. A further third of patients develop neurological deficits which affect their daily routine but which still allow them to work and have families. Only one-third of all MS patients suffer considerable disabilities which lead to occupational incapacity and often long-term care. 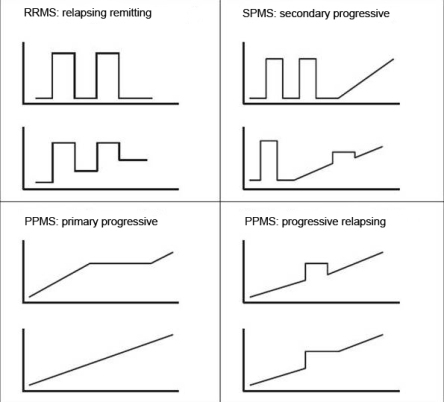